I found myself saying these words to a friend this weekend, “if I wasn’t living in the center of this life, I’d think I was some sort of fictional character”.

That comment references the bizarre and magical and unusual things that happen to me on a daily basis.  I don’t know if I just notice these things that are happening in everyone’s life all the time.  Maybe I just have more time and space for the noticing.

But they sure do happen and happen to be my life’s blood.

I’m still in Sedona after a magically delicious weekend of dance led by the beautiful and powerful Jenny Macke.

I met Jenny at a dance retreat at Esalen a few years ago and have been wanting to dance with her again, especially at one of her workshops, ever since.  Of course when I saw her, it was like no time had passed.  There are deep unspoken bonds that form in this kind of dance world.

(I’m referring to dance such as Gabrilelle Roth’s 5 Rhythms, Soul Motion, Conscious Dance, Authentic Movement, Nia…these are all names that go with the kind of dance processes I’ve been in to for about twenty years now).

So many powerful things unfolded this weekend but I’ll do a small recap of some highlights but I’m sure more will unfold over time.

I drove up Friday afternoon and landed in Sedona for a couple of hours before heading up the winding canyon to Flagstaff for the start of the workshop called Wild, that evening.

I’m always so refreshed just coming to our house  up here.  I never take this gift for granted.  I treat this house with tender loving care and it nurtures me right back.

I bought a new new rug and table for our small patio with it’s gorgeous view.  I always love seeing my sweet bedroom here, a place I rest so well in.

The drive up the canyon is beautiful and at times stressful.  It’s a two lane road and mostly a no passing zone filled with lots of tourists going 25 mph in a 40 mph zone.  And if you’re trying to get to an unknown place on time…well it’s not always easy to enjoy those hairpin turns.  I made that drive six times this weekend.  I know it pretty well about now.  😉

The workshop space was absolutely amazing.  It was in some kind of private academy, large enough to accommodate the 60 or so of us dancing the first evening.  It has indoor/outdoor space so we could easily flow between those areas.  That was particularly nice when a soft rain would fall after dancing hard and sweating for hours.

I really only knew 3 people in the group which in itself is kind of liberating.  It’s kind of nice to bare your soul with people who see you as a blank slate.  These dance groups tend to attract the most interesting, kind soulful people I’ve met en masse I find.  It’s a good tribe.

Winding my way home after three hours of intense movement, in the dark, by myself, after that very long day (which started with 8am boot camp workout) was frankly exhausting.  All I could think about was getting ASAP in to my cozy bed.  And resting up for the next two days of dance and adventure.

I saw a raccoon on the road and exactly one other car.  It was a bit eerie or maybe I was just tired.  And in a hurry.

Which the stern blond police officer reminded me of when he pulled me over just as I reached the Sedona city limits.  For, you got it, speeding.

I was so exasperated.  He asked if I knew the speed limit or how fast I was going as I came down that long winding road and I honestly said “no”.  He got kind of snarky with me then which didn’t improve my attitude.  I really don’t know what came over me because I’m normally very nice and respectful to police officers.  They’ve always been good to me in a variety of circumstances and I do appreciate them.

But with this cop for some reason I became a full blown bitch.  I wouldn’t look him in the eye.  Everything he asked me was responded to with a sigh and snotty attitude.  Of course he asked for my proof of insurance and registration.  Whch, inexplicably, I was unable to find in my glove box, increasing my frustration and crappy attitude.  The last I remembered seeing them was the other time I got pulled over for speeding in Sedona and got off with a warning.  I had all the paperwork then but surely did not want to tell this cop that little factoid of culpability.

To add to my stellar citizenship, I had my old plate on my car.  I’d recently as in a couple months ago, switched to a new organ donor plate but hadn’t changed it yet, simply because I hadn’t gotten around to getting a screwdriver and doing it.  It was in the back of my car though.

“Did you know having the incorrect plate on your car is a criminal offense?” Officer Friendly sternly questioned me.  I’m surprised I didn’t say “cuff me” then because I had just had enough of all of this.

All i know is that self-importaint , entitled brat had taken possession of me and she wasn’t about to let go anytime soon.

At some point he asked “what kind of class were you at in Flagstaff that ran so late?” To which I, in some kind of self sabotaging Devil may care moment replied” really? You need to know that now?”.  Followed by some snotty teenaged response like”it was called Wild and you wouldn’t know anything about it”.

I really am shocked I didn’t get arrested then and there for something.  I kind of deserved it.

He asked me get out of my car to retrieve my plate from the back and as I did I uttered “I’m just so tired I want to get home”.

He must have taken pity on me or something because what happened next was nothing short of a miracle.

He left me there for a long time, writing up the encyclopedia of citations I was going to get I felt sure.

He approached my driver’s side window and asked me to roll down the window and spoke as I sat in my best sullen teenage posture staring straight ahead as he delivered this sermon:

“Ok, I’m not going to cite you for speeding but I’m giving you a warning.  I will have to cite you for having no proof of insurance but all you need to do is show up at the Sedona Municipal court before September 2nd and you won’t receive a fine.  If you need help putting on your new plate I can do that for you right now”.

Me, still in bitch mode, stared straight head saying”ok, you can do that”. (Who was this person?).

He replaced my plate for me and asked me to get out to inspect it so I took a deep sigh in one of those sullen teenage “are we done yet?” modes and went to the back of the car again sighing, or rather whining “I just want to go home”.

Officer Friendly then said “”I’m going to back up now and give you space so you can pull out and get home”.

I did manage to utter a small “thank you”, pulled out slowly and that was that.

It wasn’t until I pulled in my garage that I realized how I had just dodged a bullet.

Let’s recap:  I was driving 52 in a 40 mph zone, had no current registration card or proof of insurance, had the wrong plates on my car and didn’t really get a major ticket!  Oh and I was acting like a Supreme Snotty nosed Adolescent to this police officer!  Who does that? 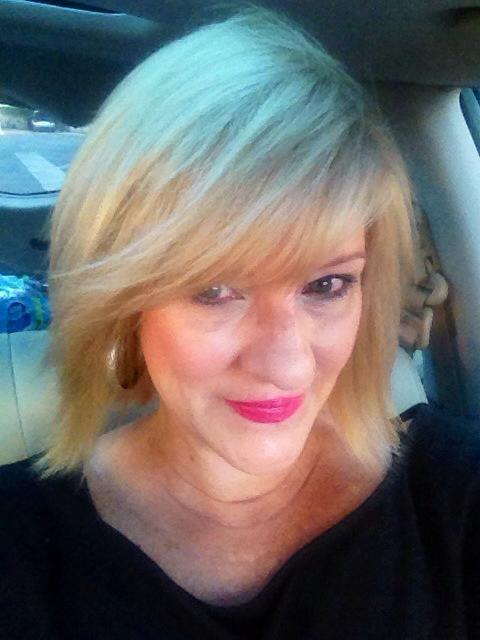 I was both amused and appalled as I walked in the house.  As I sort of “came to” about my wildly inappropriate behavior I did feel a bit ashamed of myself.  And my second thought was I need to take some cookies to the police station with a note to that officer about how embarrassed I am for being so disrespectful.  How I was just so tired and upset I didn’t know where my documents were as I’m normally very on top of that.

I find most anything can be smoothed over with home baked goods and a heart felt apology.

And it’s a good thng to have the police in your town on your side.

I guess my guardian angels were working overtime for me that dark night just before midnight.  I just know there sure was a whole lot of protecting and serving going on and I didn’t deserve one bit of it. 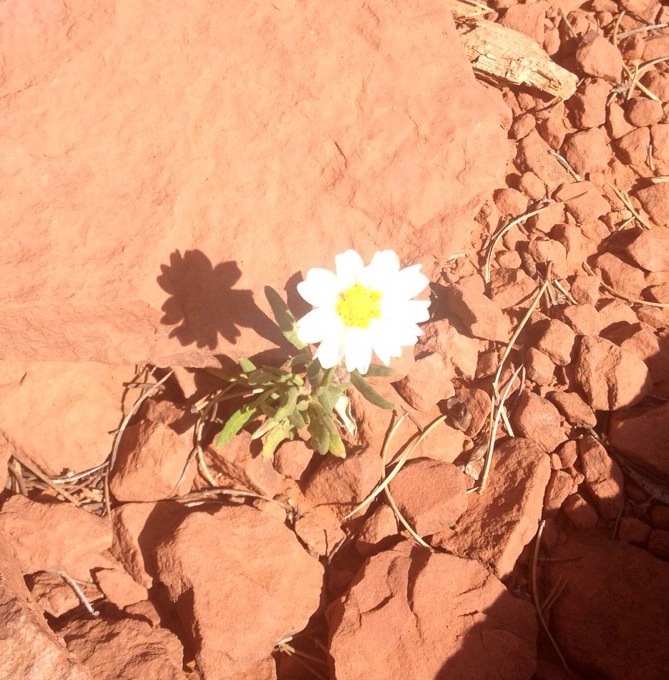 Either that or being a big boobed blond covered in dried sweat and dance-wear isn’t just a cliche.

I have a lot more to share from the weekend but typing on this iPad is nutty and I think this story needs to stand on its own anyway.  More to come…