“The secret of life is enjoying the passage of time”  James Taylor sang to us all in the 70’s.

I fell so in love with these lyrics when I first heard that song my Freshman year of college that I sat down and played it over and over on my friend’s turntable in her dorm room as I transcribed them.  With an abundance of teenaged angst I’m sure.

We, meaning me John and my Dad were out last night with our dear friend Cathy Hughes enjoying Restaurant Week at a fine French restaurant.  Now she’s a person who truly enjoys her life and goes for it.  She travels constantly, meets people easily, enjoys the entire experiences of culture wherever she goes; learns and shares.

Cathy was the prosecutor who put the men who killed my sister in prison.  And who came out of retirement decades later to assist the AG’s office pro bono to make sure they stayed there.

We’ve been friends with her for over two decades.

Last night the four of us sat on the patio wining and dining.  It was a beautiful night. We won’t get many more here in AZ as summer looms. 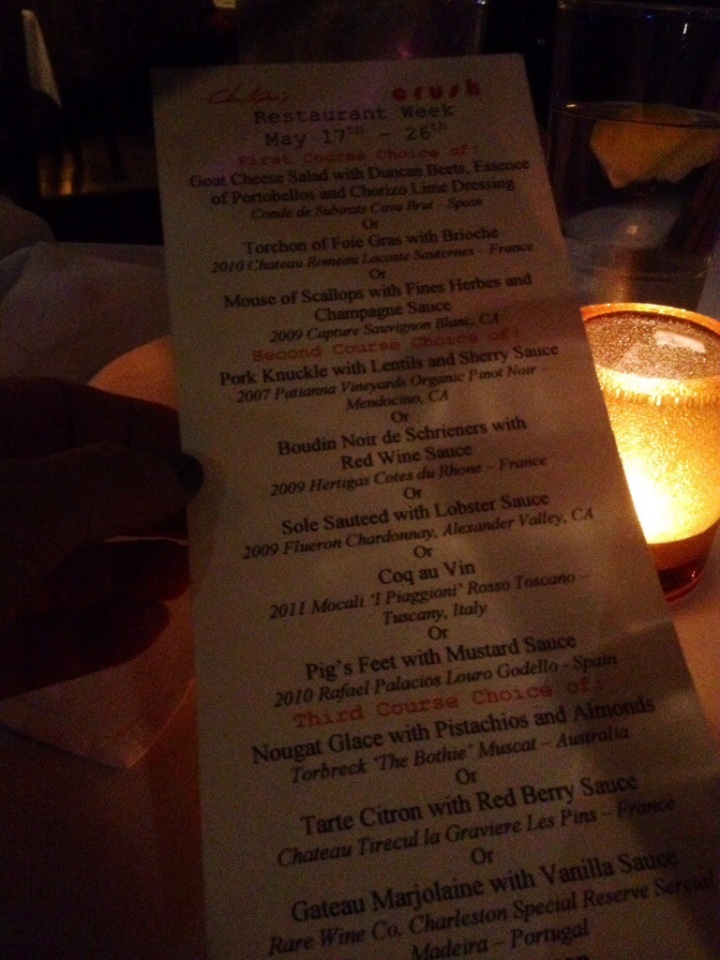 As we drove up toward the restaurant, my father made a disparaging remark about others doing the exact same thing -enjoying a meal al fresco- uttering under his breath “idle rich”.

He then proceeded to, while typically uncomfortable in settings he perceives as fancy, complain about the service immediately, to the server, because our table had received 3 lemons instead of 4 for our water per his request.  And he had a lemon slice in his water.

Growing up in my family, appreciating nice things or fancy things or things that were typically associated with rich people was usually regarded with disdain.

We weren’t those kind of people.

Yet, we were rich.  Or at least my father was.  Go figure.

It’s been a constant struggle in my life.  This learning to allow myself to enjoy or even experience the finer side of life in any form.

I bet that comes as a surprise to many of you.  Because I do many many things that would be perceived as upper crust or maybe even opulent.

It’s taken me a long to undo my programming and get here and I’m still getting here.

I had to get sick, exhausted and with a medical diagnosis to justify my first trip to Rancho La Puerta.  I told my father, either I go somewhere to unplug and rest and be taken care of or I will end up in a hospital with huge medical bills.  I had burnt myself out care taking with no backup for far too long–decades.

It’s often a discussion about money.  Justifying, over explaining, over qualifying.

Now however, I go to the Ranch at least once a year.  Sometimes twice.  One year I went three times. I leave again next Saturday.

It’s my sanctuary, my place of refuge, a place I know without a doubt I will heal. 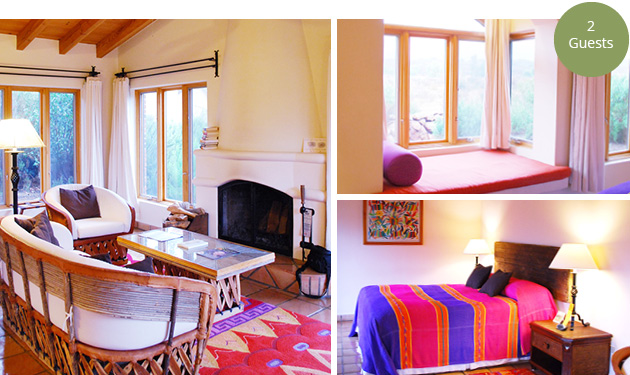 And I will find my people.

In fact one of them showed up unexpectedly in Sedona this past week, while I was there!

I went up for a short little visit to, well, to clean the house. 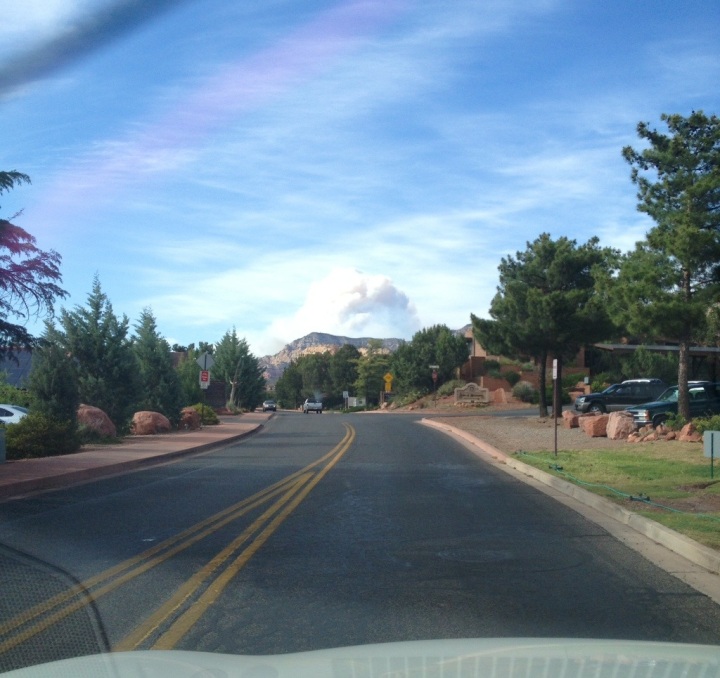 I read on Facebook that morning that the firefighters battling the Slide Fire (scary) were in need of supplies.  I was driving straight past Costco on my way up so ran in and filled the back of my car with electrolyte waters, protein bars, nuts, things like that.

Oh, I thought, that was another reason I needed to head up.

thankful rain headed that way the morning I came back

The morning after I arrived,  I looked on Facebook and saw a post from my darling friend Louise, who I met at Rancho La Puerta that New Year’s where a group of us really bonded, that she was headed to Sedona!  That day!

Louise and I at Enchantment enjoying a Sedona Sparkler in the breeze.

I’ve said about Louise that she would win any Reality Show she would ever be on –she has that kind of amazing universally liked personality.  She could win Survivor or Chopped and not even know how to boil water.  No one would want to vote her off.  All of our friends at the Ranch that year agreed with me.  I’ve never met anyone quite like her and just love being around her.

I got to hang out with her twice this week up there and here I thought I was just going up to clean the house.  We crammed so much amazing conversation in to those two visits, it was like a week at the Ranch!

Being in the moment, responding and saying yes and no appropriately to life with each step.  That’s part of James Taylor’s secret I’m finding.

I also got to thinking recently about the saying no business.  I ended a going nowhere way too superficial relationship with someone I’d been seeing for a while last week.  When I reach a point where the outflow has far exceeded the inflow, it’s time to unplug.  On the drive up to Sedona I thought that sometimes the most important element of a relationship is the decision to end it and the way you walk away.

Now that’s a classy way to do it 😉

I feel good about both things on that one.  No hard feelings.  But he wasn’t offering enough and he never would.  I got it.

Now many women would have never engaged in that dynamic in the first place and maybe a future me wouldn’t.  But the walking away in style is something I can be proud of.  I am proud of it.

I mean that man woke up at 2:30am, drove to my house dressed in crisp pants, picked up my suitcase, opened his car door, had 3 CD’s waiting for me to choose from and a bottle of water and drove me to the airport for a 5am flight.  He chose the song “Dance with my Father” by Luther Van Dross as I was headed off on that odyssey with my Dad.  All unsolicited.  After meeting him one time.

Now that was classy.

Unfortunately that amazing moment of Prince Charmliness became an oasis in a sea of disconnected behavior and when I realized that this man had almost never asked me a question about myself, displayed virtually no curiosity in who I am and seemed mostly interested in me when I was leaving, it was time to go.

I meant it.  And I had zero ambivalence.

I’ve been taught my whole life to subsist on crumbs while a whole banquet is within reach.

Saying no to those bland table droppings is something I’ve spent years learning.  And I’m still learning it.

Giving; that’s the easy part.  Receiving, well we women tend to not be so good at that end of the equation.

I’m getting better and I intend to get really good at it.

And that means receiving from myself as much as anyone.

For me, at this stage of my life, that often means the gift of time.  Time and the luxury to engage in activities that I just love.  That are things that feed my soul.

I’m fortunate to have many many hobbies and many more I’d still like to pursue one day.  I want to try so many things and some I’d like to revisit like improvisational theatre.  I probably never shared that I spent a year as a paid actress with a company performing Playback Theatre, a form of improvisational storytelling theatre, all over the state of AZ.  It was amazing.  I’d love to get back in to it one day when I’m older and have outgrown my stagefright. 😉

I also will spend as long as it takes believing that a truly great partner is in store for me who wants to scamper along this charmed path together–this is a dream I just can’t let die.  I will say I’m tired of frog kissing, yet I’m having a blast in the meantime and will have some great stories for him to last the rest of our lives on some long plane or road trips.  Good thing I’m a good storyteller.  😉

I looked at Cathy Hughes last night, totally enjoying her retirement, missing nothing about that grind and battle of a courtroom which she excelled at.  She has things she loves and unapologetically goes for them.

one of many gorgeous sunset views from our Sedona home

I’m doing the same and I’m going to amplify that posture as time goes on.

I feel sorry for people who really don’t know what they love or have passions that engage them to come more alive because those are the people who don’t live long after retirement.

You gotta find those things out now, that’s my advice.

For me though, I’m not going to live the rest of my life running around filling in the spaces for people who don’t step in to life in that way, embodying that which can ignite a passion in them.  I’ve done that far too long and with too much expense and I’m retiring from that job as well.  Give me the pre-passioned people.  Yeah!

Give me the alive people, the ones who’s faces go bright when they bring that wine glass to their nose, when they share favorite moments of the trip they just returned from, when their face tingles with excitement talking about the new project they are taking on.

Give me that infectious curiosity about life all around me because trust me, I will give it back.

I want to be this old woman, my face lined with experiences, still excited about taking on a new craft or a new flavor–thirsty and hungry to learn to take in more and more of this life.  That is the person I aspire to be and I’m starting now.

And that’s my secret of life for this morning.

I’ve given enough and in some cases far too much.

I’ve earned this spacious, luxurious, big, tricked out with aliveness life.  More than most anyone I know.

And I’m going to take it.  All of it and then some more.

Finding my tribe along the way and politely side stepping those shiny river stones that are deceivingly too slippery to step on.

Trusting, the next one will be covered in diamond-like crystals not just inviting my foot with brilliance but providing just the traction I need for safe passage.

4 thoughts on “my secret”