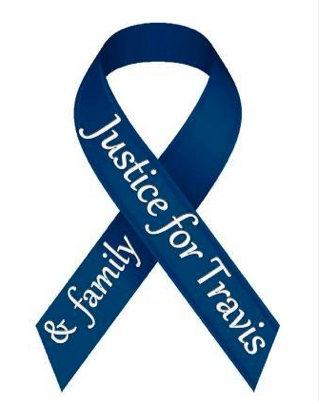 I spent the day back at the courthouse today for a hearing in the Travis Alexander murder trial.   Still waiting for a new sentencing  phase which of course is getting drug out to hither and yon.

The day didn’t start off smoothly for me though as John wasn’t answering his phone and it appeared to be turned off.  I stopped by his house on the way to meet my friend to drive to court and he wasn’t home.  7:30 am and no car, nothing.  I did see he’d pulled in the newspaper and sometimes he runs out for donuts so had to just go on trusting and hoping he was ok.  He was not far from my thoughts all day though.  He’s still a bit fragile.

I went with Joilyn, a new friend I made through attending the trial who I simply adore.  We are like peas and carrots as Forest Gump said.  But our peas and carrots have some kind of vermouth and spice poured over them.  😉 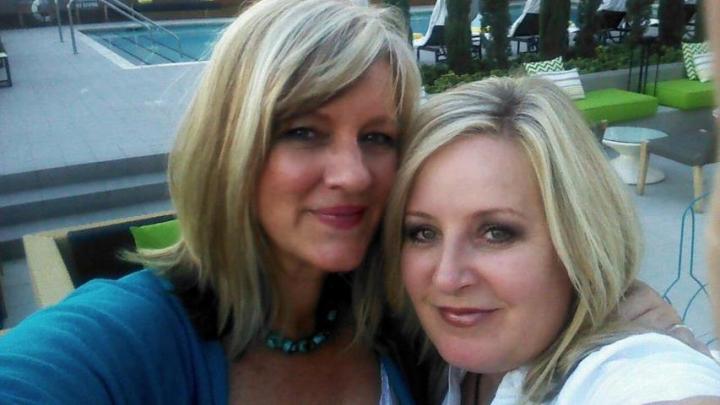 We showed up and saw Travis’ Aunt Heather there…she was the only family member to attend this very brief hearing today. We’d assured the family that if there was something small, like today, that would be hard for them to attend, we’d bring a show of force and we had almost the entire front row filled today with blue ribbons.

We also sat with many of our trial pals, Katie Wick, Stacey Fairington, her cousin Cody and Travis’ friend Pam.  We all came to hold space for the Alexander family as we’d promised.  We all sat to the left of Aunt Heather taking up nearly the entire front row.

Three of the jurors also attended but chose to sit over on the public side.  We had premade plans to go to breakfast after the hearing with them.  I was really looking forward to meeting them after watching them all those months and taking notes of my obsessive observations on their minute behaviors. 😉

First major event was seeing Jodi Arias escorted in in prison stripes and full shackles–hand and feet.  There were several seriously armed sheriff’s deputies in what appeared to be riot gear escorting her in and standing all around the courtroom.  The female guard literally had her hand on Jodi’s shackles the entire time she was in the courtroom. She walked her across the courtroom as if on a leash.  Wearing blue latex gloves.  Clink clink clink went her shackles. Finally the criminal, the convicted murder, looks the part she wrote for herself.

The day began with an ex parte hearing.  Which simply means the defense meets with the Judge alone while the Prosecution hangs out doing nothing.  Nothing I say other than Juan Martinez moseying over to our little group and making some small talk, which turned in to yours truly striking up a 15 minute conversation with him about many things.  A T shirt project that is using some of his “Juanisms” and told him I will make sure he gets one (sorry bad sentence, can’t fix it):

a song the same artist created related to “The Verdict” which I think is just freaking amazing:

and a whole lot of other chit chat.  He finally connected the dots about who I am, our case, our mutual connection to Cathy Hughes (our prosecutor).  He asked me a lot of questions about what was going on with our appeals.  He was very approachable and sincerely cared. I could feel it.  It warmed my little heart and was so nice to get to have a personal conversation with him while we were all just hanging and waiting for something to happen.

I asked him the best way to get my JusticeBoyToy’s creativity to him and he wrote down his personal contact info on a piece of paper and gave it to me.  WOW!  What a beginning to my day!  Of course I have a huge admiration for Juan Martinez along with only about a hundred million gazillion other people.  I know what a *deal of the day* it was for me to have that opportunity!

Then the hearing actually happened which was just a “we’re going to continue this July 18” situation.  Oh well.  That’s what it was.  Lots and lots of waiting in a trial process.

We saw Jodi Arias led back out again in her prison garb and the clang clang clang went the shackles as she limped out.  She was led outside the courtroom briefly then came back in, sat down and I’m not kidding you, was completely surrounded by these “riot gear” guards.  The female never taking a hand off of her and the two burly males flanking her within striking distance. Whoa.  Something seriously has changed. It was like a Sociopath Panini on grilled Firepower bread.  She has absolutely zero wiggle room now.  Good.

Once we all quickly filed out of court, we met up with the three jurors in the hall who were getting kind of bombarded by reporters.  They did decide to do one interview but once we descended and out the front doors, several cameras were waiting for them and literally swarmed them like bees.  We kind of hung around a bit and waited then we all filed over to breakfast at a local joint.  I was so honored to meet them and a bit daunted as I’d been studying them for so long.

Oh and while we were waiting, ran in to the always charming and handsome Ryan Owens from Good Morning America.  He will always have my heart and respect over that delicious interview he served up with Jodi Arias post verdict.   The only one who really burned out the hard questions to her.  She even called him a hater!  His new found claim to fame.  He should be on 60 Minutes!  Note the photo bombage.

We all had a great breakfast time and sharing.  Hugs all around. Lots of just post trial venting, questions, answers, how do you do’s.

Oh!  How could I forget?  While we were at breakfast, John’s case manager called me back (I’d left a message early in the morning) to tell me John was there at the program and doing ok.  Whew!  My entire body just deflated/inflated a little bit right then.  I  have to learn to trust now, not live in fear of the past, trust he’s in a much healthier, more stable place now and well tethered to me.

I stopped on the way home to see him and he seemed much better than yesterday.  He’d just showered, shampooed his hair, talked about buying new cologne, had changed the kitty litter, all good signs of his mental health improving.  When I told him I’d gotten so scared when I couldn’t reach him he shared his phone screen had gone black and he didn’t know what was going on.  He stepped over and gave me a big hug and said “I’m sorry I scared you Kathy.  I love you”.  See what I mean?  Too sweet for words.

When I got home, I got a text from Aunt Heather, that she’d not gotten on her standby flight so I suggested we go out to dinner and she accepted!

I took her to my favorite authentic Mexican Thursday night special place–delicious chicken mole which we both got.  Had a couple of margaritas and a great 2 plus hour conversation about life, death, tragedy, surviving, PTSD, love, family, connection.  You name it.  We both shared how glad we are to have met even through this horrible event.  She’s a very special person and I really bonded with her today/tonite.  What gifts have come from this trial.  So many beautiful people coming together in support of Travis’ family and in support of Travis himself.

All in all I’d say quite a bit of noteworthy happened today.

So I sign off tonite with this, in memory.  We won’t abandon your quest for justice Travis.  We’re here with all of you for the duration, as long as it takes.

(I launch this post in honor of my dear friend Jonathan aka @justicesboytoy as a salute to his brilliant creative, kind spirit which inspires me)