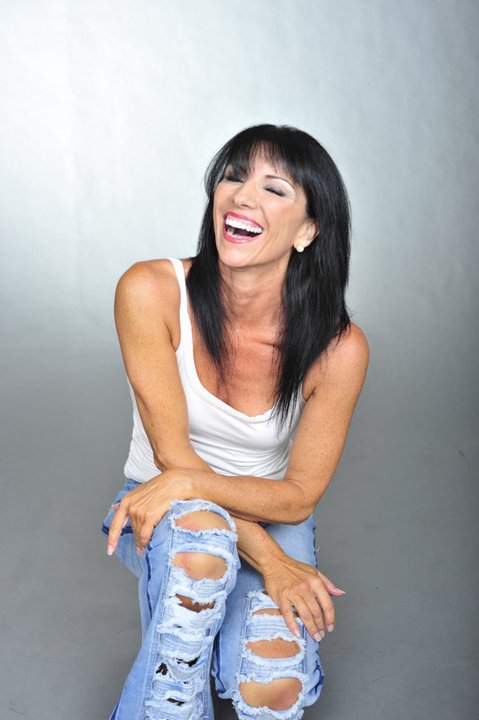 I think Laura Peralta was the most beautiful woman I will ever meet in my entire life.  Inside and out.

I remember when my friend Wendy introduced me to her.  I’d told Wendy about this incredible movie “The Hours” that I’d seen and wanted to go see it again.  She asked if her friend Laura who I’d heard so much about could come along.  “Sure!” I answered.

I saw that deep film about these different women’s stories of depression, despair, redemption twice in the same week.

I remember my first impression of Laura, that she was almost too gorgeous to look at.  Kind of like looking directly in to the sun.  How does a person like this really exist not up on a screen?

Honestly I was pretty intimidated when I’d first met her..and had formed certain impressions about a woman that beautiful.  Until she opened her mouth when we went out for a drink after the movie to talk about it.  She had this gorgeous Argentinian accent and this woman was deep.  Everything about her had me captivated.  She was kind of this other worldly creature I’d not encountered before.  She looked like a movie star but was as down to earth as Wendy who is very earthy.

I got to know Laura over the years, not nearly as well as Wendy knew her of course but every time I saw her, she acted so excited to see me and wasted no time going straight to the heart of any matter.  Maybe Laura knew her time was limited so she made the most of it.  I treated her a few times for a hip thing and even then, she went deep the moment she got on my table.  She just was something else.  The kind of person I might be intimidated by but her energy was so connecting that I always felt inspired instead.  She was sincerely a role model to me but one that was a star you’d set your sights on hoping to just get infected with some of the shine.

You see Laura was not only a Psychologist, but also a professional tango dancer, a Pilates master with her own line of DVD’s, a published poet, a fashion designer and she even cut her own dang hair!

I remember Laura much like this as over the years we did quite a bit of dancing together at her studio.

Us, after hours of sweaty dancing and connecting.  Wendy with her arm on my shoulder. Laura on the far left.

Last Fall Laura had planned to leave her husband.  She was on the verge of breaking out of what apparently was some kind of dysfunctional or controlling relationship.  She never talked to me even once about her marriage, really in any form.  I just knew he’d traveled a lot.  I found this out after the fact from Wendy.

Our dear Laura was murdered by her husband last November who then immediately shot himself.  One of their sons was in the home who found both of them.  We found out later, blessedly, she was killed in her sleep.

I still have a lump in my throat and a sick feeling in my stomach thinking of it.  I still can’t believe it.  Laura was so larger than life, I’m still in denial.  It’s not been a year yet since this happened.

Shortly after Laura was killed, I wrote this poem dedicated to her.  I don’t really know how it fits exactly but I do know she inspired me to write it.  So I’ll share it now.

for taking all that time.

It patiently pauses for

it’s moment to shine on

While you were busy being

We all miss you Laura.  If we’re lucky, we can still feel you shining in to our lives.  You will always be the most beautiful woman I ever met.