When I walked in to that Maricopa County Courtroom on that January day, I have to admit I knew very little about Travis Alexander.  I had seen a 48 Hours episode detailing this horrific crime that happened in my neighboring city, Mesa, one that held so many memories for me. Yet I had no real clarity on why I was showing up beyond just a draw.  The fact is I’d seen the killer on that news show and was so blown away by the unusual species I’d just been exposed to that I rewound right back to the beginning and watched it all over again in one sitting.  I’d never seen such a thing before me.  I’d been watching this case unfold in the news and waiting for this trial for four years.

When I showed up that day, I didn’t even know what the courtroom set up was like or if there would be any chance at all I’d be able to get in.  I just had an afternoon off so went down to the courthouse.  As it turned out, there was no formal system for public court watchers so a line formed outside the courtroom door.  We were told that just about 12 people would be allowed in.  I counted and found myself something like number 23 so had no hopes of getting a seat.  There was a strange man in long shorts and a T shirt carrying a clipboard and an attitude who made a makeshift sign that said “Looking for a number under 12”.  He paraded up and down the line loudly laughing and displaying his stupid sign.  I kept my distance and to myself.

As the line inched up to the courtroom door, I saw they were letting more and more people in.  In fact suddenly I found myself second in line when Mr. Clipboard rushed in front of me declaring he’d had a spot in line ahead as an elderly woman waved him forward.  They cut that line off with the person right in front of me being the last person to get in.  I looked at the friendly fellow in the bow tie sort of monitoring all of this at the door and widened my eyes and shook my head with one of those “did you just see that?” looks.  He shrugged and closed the door.  This was just a couple of weeks before something like that would never happen again in that courtroom.  They were just unprepared for this kind of spectacle.

I sat outside the courtroom that day and met someone who would become a lifelong friend who also didn’t get in for that afternoon session.  Or so it seemed. We introduced ourselves, caught up on what we knew what was happening in the case (I’d been out of the country when it began so had really no idea about details) and dodged a woman in leopard pants, dyed waist length jet black  wispy hair which she should have left behind in the 80’s when she was maybe an appropriate age for that hairstyle who had an absolute lack of respect for personal space.  Katie, my new found friend and I tried our best to figure out a way to get inside the courtroom that day while attempting to carve out a private conversation.

Mr. Bow Tie at the door kept peeking out at us and clearly felt bad about the earlier mishap and would frequently whisper to us “I’ll get you ladies in if I can” as the first afternoon session continued.  As court recessed for afternoon break, Mr. Clipboard emerged with his smarmy smirk and I couldn’t resist confronting him “you took my place in there” to which he informed me that I personally was the reason he was single in life.  Indeed.  Welcome to what I later deemed “The Nut Factory”.

Just a few moments after the gallery took their seats for the second session of the afternoon, Bow Tie Man peeked out to the hall and waved us both in.  We stood silently in the foyer and I stepped to the side and invited Katie to go in ahead of me.  She’d been there in the morning and she deserved it.  She graciously declined but I insisted. “Don’t worry about me, I’ll get in”.  And that spontaneous move, was the way I was ushered in to the life of the Alexander family.

I was taken to a seat not to the right in the public section but to the left in what I later discovered was the family/media section.  Of course I had no idea where anything was laid out.  This was just where I was escorted.  I found myself sitting next to the Victim Advocate for the family of the victim Travis Alexander.  On one of many breaks or sidebars in this trial, I found myself making small talk with her and then she, a curious sort, asked me what got me interested in coming down for the trial.  I responded that I was the sister of a homicide victim and I just wanted to come down to see if there was anything I could do.  I really honestly didn’t know why I came down. All that came much later.  I just felt like going and I did.

Later that day, after asking me many questions about our case with which she’d had some peripheral knowledge, she handed me her card and told me “from now on, you’re sitting with us over here”.  I asked her if I could pass a card to the family and she replied “of course” and so the next day I showed up again silently passing my condolences to Travis Alexander’s siblings through her with my card.

Now as I was not really familiar with the case, I had no idea that I, as a homicide victim’s sibling would be sitting in solidarity with a group of other siblings.  That and so many things unfolded in the coming months showing me just how directed I was and how connected we all were that I couldn’t possibly put all of that in one blog post. Not even two.  Or three.

I sat in quiet support of another homicide victim’s siblings and as time went on bonds were formed and deep connections were forged.

It wasn’t until the trial was over that I sort of synthesized the similarities in our cases which were so much to digest I think I was spared them coming at me all at once.  But I can see why I was guided to be there not just for any support I could offer this family but for the healing that came my way while walking in a quiet alliance along side them.

Sometimes you have to excavate an old would for it to come to the oxygen that’s needed.  And sometimes the only shovel found is the one thing that is so alike, so familiar that it slides right in to that hard compressed dry earth like it’s moving through soft butter.

I find that it’s sometimes easier to manage an out of control chaotic emotionally charged event with a degree of organization so I’ve compiled this list of uncanny, uncommon similarities between this family and mine, between Travis and Cindy, that I believe drove me in to that courtroom, in to that seat to allow things to unfold as they did and continue to do.

So here it is:

1.  Travis and Cindy were both 30 when they were murdered.  They both struggled with that turning 30 transition for nearly identical reasons.  They were both vulnerable in the same ways in that moment of their life.  Cindy was killed in 1988, Travis in 2008, exactly 20 years apart.

2.  Both were living in Mesa AZ at the time of their death.  Travis lived in far East Mesa, Cindy’s body was found just outside the Mesa city limits to the East just a short drive past Travis’ house. Both investigations were handled by the Mesa Police Dept.  The Alexanders had the incomparable Det. Esteban Flores. We had an equally stellar Det. Mark “Jigsaw” Jones.  Our prosecutors, Juan Martinez and  Catherine Hughes know each other well and had offices adjacent to each other at the time of her retirement.

3.   Both were murdered by a sociopath of the opposite gender with whom they’d had a very intimate relationship.

4.  If you were to line up the autopsies they would be nearly identical in numbers , types and locations of wounds with one exception, there was no gun used on Cindy (that was not an easy one to write so just got it over with).

5.  Both Travis and Cindy were raised by a Grandmother whom they dearly loved.

6.  In both cases, the most significant piece of evidence used against their murderer was a camera containing photographs left behind in each of their homes.

7.  Both had evidence of their killer stepping on their body.

8.  Both Travis and Cindy had very big, outgoing personalities, were popular, funny, loved spontaneity and making up songs and silly games.

9.  Both trials for their murderers were death penalty trials.

10.  Both Cindy and Travis were in danger far longer than they realized and kept believing, even against their own ambivalence in the goodness of their killers.

11.  Both sought counsel of some sort in the weeks before their death feeling a need for self improvement.

12.  Cindy and Travis were both avid journal writers.  Some of which showed up at their trials.

13.  Both were / are deeply loved by their siblings who have been left behind to put together their lives.

I’m sure there are more and I will add as I think of them but that was an exhausting list to write.  I write it though because it’s important, at least to me.  I felt a calling to head down to that courtroom and honestly there are few people on the face of this Earth who could truly understand what this family was going through better than me.  I walked right through the fire with them nearly every day right up to the guilty verdict and continue to do so , all of us coping/healing/falling apart/gathering together/showing up as best as we can do.  I will never abandon them.  I’m here for the duration if they need me.  I’ve grown to dearly love each and every one of them.

I can’t say I honestly understand all of it.  What drew me there was an unavoidable force.  As the Vicomte de Valmont said “it was beyond my control”.  I think that’s sometimes a good thing.  I’m sure I don’t know all the gifts that were seeded in me during that tumultuous and rewarding five months of my life.

What I do think though is that there just could be some connection with Cindy and Travis in the beyond up there somewhere.  Maybe Cindy was one of those who extended a hand and a smile to him as he passed over.  Maybe she was the one person in Heaven who knew better than any one other soul what was needed to give him something he needed in some unique way.  Who could understand.

I’ll sign off with an adapted version of one of my favorite quotes from Steel Magnolias, a gem of unexpected wisdom from the plain simpleton character Annelle:

So they went to a place where they could be guardian angels.

They will always be young.

They will always be beautiful.

And I personally feel much safer knowing they’re up there on my side.

My  heart and thoughts have been with Travis’ family all day today on the anniversary of his entry in to Heaven five years ago today. 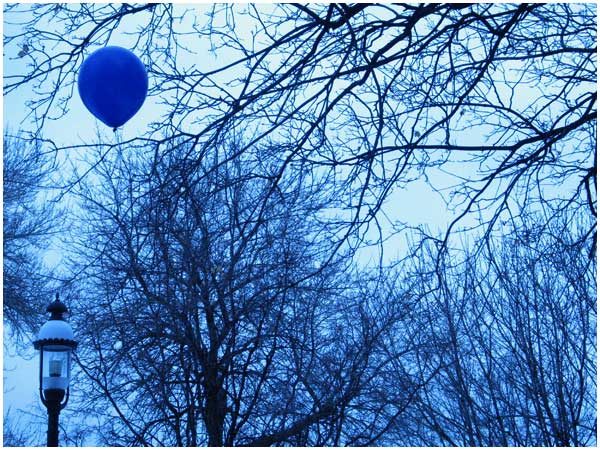