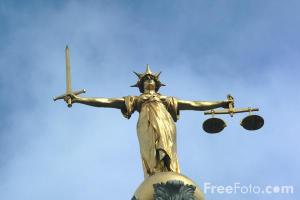 By the day the mistrial in the Jodi Arias sentencing phase was declared, I had been making the trek to downtown Phoenix nearly every day for months to sit in the courtroom in solidarity with the Alexander family.   Weeks of agony produced new bonds forged, new friendships blossoming, a breath of purpose in to my life, opportunities for growth and letting go.

When I’d been invited with the great honor and gift to sit with the family during this trial I immediately knew two things:  1. my greatest asset I could offer this family was my confidence in justice having walked this road myself twice and 2. I would make the most of that seat in every possible way I could imagine.  As the end of this arduous process is near, I feel confident in the accomplishment of both goals.  More on that down the road.

Managing a busy work schedule and attending a trial for months was both hard and amazingly easy.  It was almost as if some kind of divine choreography stepped in and even though there were many uncertainties, I seemed to find myself miraculously in the right place at the right time throughout the entire trial.  I was able to sit with the family when the GUILTY verdict was delivered against all my expectations of room for me in the courtroom.  I was close to the courthouse during closing arguments and hosted friends of theirs in a nearby hotel room to watch them together on the live stream.  It just seemed as if I was positioned exactly where I needed to be at all times even when it didn’t appear that way in every moment.

The devastating day of the mistrial proved no exception.  Although it didn’t appear that way at all.

During a verdict watch of any kind, obviously there is no ability to predict timing on anything.  The day the mistrial was declared I was scheduled to work for a few hours right in the middle of the day.  As some of us were involved in a project to bring lunch to the family as they waited, I wanted to be there personally to participate in it.  As timing would have it, I had exactly 45 min total to be at the courthouse that morning.  Yet I managed to arrive, though unplanned, at the exact moment the food delivery arrived. This allowed me in that small window of time to help deliver the sandwiches and more importantly make contact and hug every member of Travis’ family.

I rushed back to work with the extraordinary task of focusing on my clients and pushing to the back of my mind worry and wondering if a verdict was coming in.

At the end of my work day, still no verdict.  I had about 3 hours until I needed to be ready for a dinner date that evening so thought it wasn’t enough time to run back to the courthouse to probably just wait for nothing.  It’s been a continual juggling act like this, guessing/picking priorities.  Yet somehow everything has always seemed to work out.

I decided instead on a whim to go visit my brother.  We sat just talking about our day when suddenly a text message came in saying there was a “jury question”. That the family was assembling.  I texted with my friend right up to the moment she went in the courtroom and had to turn off her phone.  I felt extremely frustrated and sad I couldn’t be there for the family as this seemed to be something important going down.  There was no time to get there now.

So I sat with my brother in his living room as we watched this unfold.  VERDICT!  What?  No one said “Verdict”!  They said question!  I leapt to my feet, shaking,  as we heard the words together “no unanimous decision”.  I dissolved in gasps and tears in my brother’s living room as he stormed outside also crying to have a cigarette.  As he returned he put his hand over his eyes and said ” I feel exactly the same as I did when they let Rudi off death row”.  We hugged and cried together and talked about that horrible moment in our own lives.

That moment just 5 years ago when one of our sister’s killers, the one who slit her throat, was released from Death Row after 18 years on a bogus but costly mental retardation claim.  The injustice and abuse our family suffered during that appeal was enough to garner an “apology” directed at me in open court by his attorney but truly the most suffering in the legal system we ever endured.  Our criminal trial was nothing compared to those years of heinous treatment and unfairness.

And my brother and I have really never discussed it.  Not atypical for families to disappear in to denial to just survive these kinds of things.

I sat him down and explained to him that although it was horrible this happened, it actually ended up being the best for us in the long run.  The result of that decision caused our sister’s killers even more suffering as they had been in cells adjacent to each other on Death row all those years we’re told.  I would imagine with 23 hours per day in solitary confinement , having your brother to talk to, even through the vents, is a luxury.  Having him removed from Death Row also meant he was moved to another location in Arizona all together. They will never speak to each other or see each other again.  Unless one is allowed to invite the other to his execution.  We lost our sister, I reminded John, and now they lost each other.  Karma.

Secondly, the one removed from Death Row will achieve something we’ve wanted all along. For him to be forgotten. Death Row inmates do receive a sort of “celebrity” status and millions of tax payer dollars are spent on them attempting to further a political cause championing one heinous murderer at a time.  Rudi, now in general population of some kind,  has lost his brother and the death row champions who spent years fighting for him.  Poetic justice I say.

On this day, although I felt I needed and wanted to be with the Alexanders when that horrible news came in, I was exactly where I needed to be.  Comforting and bonding with my brother.  And allowing the present to reach in to our past to provide some of our own healing and understanding.

And reminding myself, and now you, that sometimes punishment shows up in an unexpected but more “just” manner than we’ve attached ourself to.

And somehow, I think Travis Alexander would *get* exactly what I’m talking about here.

Lady Justice has not forsaken this family.  She’s just taking her own high time.